Path of a Novice: three months on. | Epic Fantasy Author R.K. Lander
Sign Up for News

Path of a Novice: three months on. 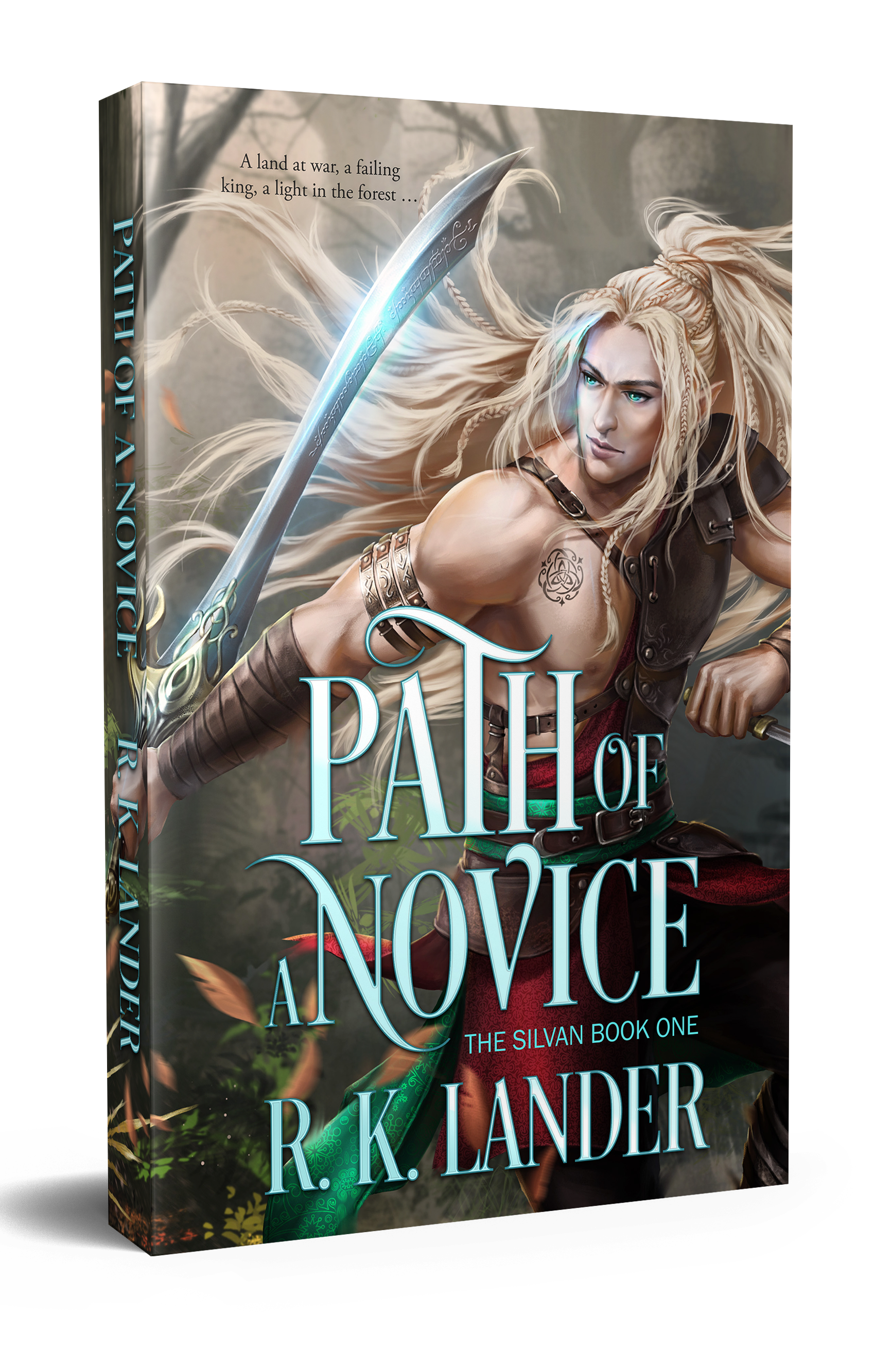 Launching my first book as an indie author has been – interesting. Did I ever think it would be like this?
Eh … No, not at all, but let me explain.
It would be impossible to quantify just how many articles I read about self-publishing, and most of them were just about saying the same things – over and over again – ad nauseam. There’s so much repetition out there, so many redundant articles and posts, all promising incredible sales if only you would read and especially – sign up for the mailing list. How many desperate indie authors are out there, searching for the paradigm of how to effectively market their books? Loads – and yes, I am one of them – except that now, I know what to read and more importantly, what not to read.
The fact is, the learning curve is not a curve, it’s a vertical line which is only now starting to smooth out. I did the basics, the book tour, the reviews, the author interviews and that, for me, did nothing more than to get me absurdly excited, and then absurdly depressed when nothing happened. I then enrolled on KDP select and did my first free days – that worked ok, even got some sales for a few days afterwards and then – flat-lining again. So, hammering away at Facebook, Twitter, my website – nothing. With my second wave of KDP free days, the world looked brighter and again, got more sales, even some reviews on Amazon and Goodreads.
Three months on, and I’ve done all the stuff, read a lot of what’s out there, implemented what I could afford and this, is what I know:
1. Amazon sells – free promo days, reviews, KDP – it works but their marketing services don’t!
2. Facebook – their advertising DOES work.
3. Goodreads works – getting ratings and reviews creates buzz but I wish the platform were a little more interactive.
4. Twitter – you need to do a masters degree to understand how to sell there – if you don’t have thousands of followers, forget it – just getting a ‘love’ is a big deal.
Of course I only came to these conclusions because I did read and take a lot of advice from a handful of very interesting posts but it’s all about being discerning – knowing when the ‘experts’ are really NOT experts; it’s easy to take advantage of people like me to get traffic and bump up your email lists – right?
These three months have been some of the most intense of my life. So many highs, so many lows; so much excitement and discouragement. I have laughed and then wanted to cry – wanted to kiss and dance and then smack someone – hard. But was it worth it?
Work on book II is ongoing, and even a second edit of book one. Book III is lurking on the horizon and I am even thinking of extending the trilogy to a longer series. Can you guess at the answer then?
Did I know when I started on this adventure, that my life would be utterly changed and I would become a writer? an obsessive nerd who lurks in shady corners and stares at a screen for far more hours than is healthy? A person who sees in washing powder packaging the promise of green lizards with transparent horns and red eyes?
No, I had no idea – but I would not change it for anything in this world.

Thanks for sharing your experience! So would you say the benefits of Amazon KDP are worth sacrificing all those other channels like Kobo and Nook Books? I think the rule is you have to sell your books exclusively at Amazon for 90 days?
For what it’s worth, if you’d like to do a guest post or interview on my blog, you’re welcome to. I’ve just released a high fantasy as well. 🙂

Thanks for commenting, Carolee.
KDP does indeed mean exclusivity for 90 days, i.e. The minimum term you can enrol your book for. Right now I’m not sure about whether it’s worth doing or not. Of course since I came off Select, I went straight to Pronoun and published on the other major book sites, so I want to wait three months or so, and then compare those results.
And I’m in for that. Just let me know what you need, and I’ll certainly take a look at your new book!
Cheers.

Thanks, R.K. I really appreciate that! I’ve had practically no sales on the other sites, so definitely considering KDP Select.
I think you mentioned before that your books get very in-depth about elves, so maybe you could do a guest post on what your fantasy world is like, or some interesting things about elves in your world? Or if there’s any other aspects of your book you would like to talk about? You can just send it my way, caroleecroft (at) gmail (dot) com and I’ll put it on my blog in the next couple of weeks.

I would be very interested to hear how that kdp experience goes. Seems like we have done the opposite. How long has your book been out?

Yeah, I’ll let you know, or if I stumble on anything else that might get those sales up. My book has been out for about three weeks.

Just a quick note about your email. To be honest I’d forgotten all about your book, as I’ve carried on to reading others. I’m retired and spend a lot of my time reading.
I went back to my Kindle and found that I had indeed read your book and I must have liked it enough to add my name to your updates (which is a rarity for me). I started a collection in Kindle called ‘Waiting for Next in Series’ and yes, your book is there.
I just wanted to let you know that I truly loved reading about your experiences in advertising your novel and I thank you. I will definitely watch for your next book in this series and I wish you Godspeed with your inspiration and diligence.
Much thanks, Doug W.

Well that is wonderful, Doug. I am so honoured knowing my book is on that list. I hope the second in the series will be ready in December. There is also an update of the first book Path Of A Novice. I would love to send you a complementary copy in a month or so.
Thank you for taking the time to chat.