New Apocalyptic Thriller: In The End

Today, I’m really excited to have author G.J. Stevens on the blog to talk about his debut novel In The End, launching right now.
When I found out about the story, the first thing I asked G.J was, what would you pack in your ruck sack – I mean if you knew the world was ending? This is his answer …

When RK Lander invited me to write a guest post to celebrate the release of my debut novel, In The End, a fast paced apocalyptic thriller following group of friends as they race to survive civilisation crashing around them, she asked what I would do if presented with the same scenario? Little did RK know it was exactly that question which inspired In The End!

I’m very lucky that my wife and I have an amazing friendship with my school buddy of twenty seven years and his wife Sarah. Much to our spouse’s despair, Sarah and I ask that very same question almost every time we meet up. Every year our combined troop of seven, if you include our children, go on holiday and the question always comes up. Be it a villa in Spain with a glass of the local white in hand, where we’d discuss the virtues of the iron bars on the windows, the steep climb up the access road, the small supermarket at the foot of the hills. Last year we were in Greece and apart from the remoteness of the location, it was a poor choice for an apocalypse hideaway, but on passing a metal merchants, Sarah and I looked at each other and smiled, knowing it was the place to get reinforcements for the windows if we were given enough warning of the worst happening.

We have a standing plan, I’m not sure I should tell you this because we don’t want the place overrun….but I’ll say it anyway. We assume the phones will be out and there will be no way to contact each other, so we have to be prepared in advance. The aim will be to meet at the Ikea in Southampton. Okay, so it sounds like an odd plan, but hear me out. Firstly it’s about an hour and a half drive from our house, a little shorter for them, so if the roads are clogged it’s not as far as Scotland! The Ikea is right on the coast and next to a major port, if ships arrive to evacuate we’ll be in a prime place. It’s also close to the ferry terminal for the Isle of Wight. If the island is a safe zone, again we’re in the right spot.

Now why Ikea and not a supermarket? Supermarkets have loads of food and supplies, but they’ll draw in everyone else, plus I don’t know how comfortable they’ll be for more than a night’s stay. Ikeas have two main things going for it, beds and meatballs. There would be enough meatballs and other food for a good few weeks for the evacuation.
However the plan is not without its flaws. Southampton is a major city, in the case of a war or a contagious virus spreading across the population, it’s probably not the best place to aim towards, but we have to meet somewhere and we can’t change it unless we both agree. I’m sure we’ll continue to flesh out the details and refine the plan each time we have a drink in our hands.

The characters in my novel, In The End, had no such prior thoughts, no such preparation. They had to think on their feet, had to react in disbelief to things they believed to be fact crumbling before their eyes. With just the suitcases of clothes they’d taken with them on holiday to Cornwall, they had no special tools, no special kit prepared. I on the other hand have thought about this before. I’ve taken things a little further than Sarah. I say it’s research for my novels, everyone else smiles and lets me get on with it. 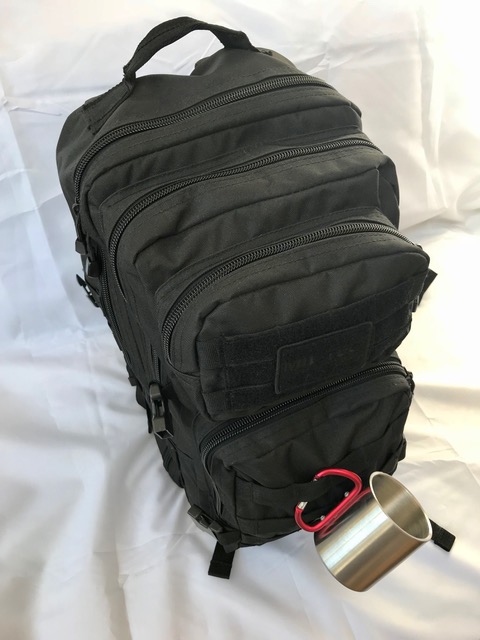 I call it the Bug Out Bag. It sits in my wardrobe and I have blogged about it a lot. Inside is everything I think I would need in the case of an emergency situation which forced me to leave the house with only minutes notice. All I need to do is grab the bag from the bottom of my wardrobe.

So what’s in it I hear you say, I hope you say. Did anyone say? I’m sure I heard someone.

The contents of the bag have been tested and refined in detail and you can view the full contacts on this post on my blog gjstevens.com.
In summary, there’s survival ration biscuits which are extremely high in calories and can be stored for up to five years; a water purification straw to enable you to drink directly from any water source; a camping stove which can use multiple fuel types, fire lighting equipment, a tent, ultralight sleeping mat and sleeping bag. 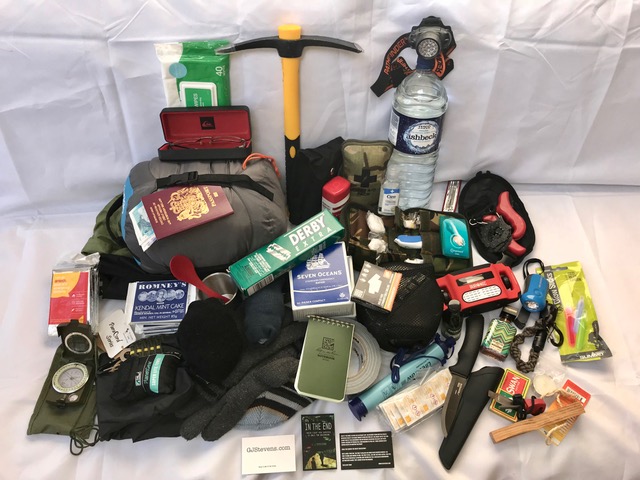 Also there is a large pack of razor blades for bartering with other survivors because what value is money going to have when there’s no government to pay up on the promise written on the notes. There’s a first aid kit, hand sanitizer, wipes, lightweight clothes, but multiple layers, a wind up radio and torch, plus three of the most important items, a hunting knife, a micro pick and gaffer tape. The knife is obvious, but the pick was chosen after a test of all available household / shed based items that would make the best weapon if you had to survive an apocalypse which went against all the laws of nature, like the one which effected the protagonists from In The End. I hope I don’t need to tell anyone why I packed the gaffer tape!

Of course this is all a bit of fun, but I’ve had some great feedback from people who live outside the UK who have found my numerous posts a great help in creating their own Bug Out Bags. Their need for the bag is much more realistic as they suffer under a very real threat of natural disaster, rather than my envisioned epidemic which twists the laws of nature.

If you enjoyed this post then I would hope you will enjoy my novel, In The End, released on paperback and Kindle on 30thNovember 2018 from Amazon. 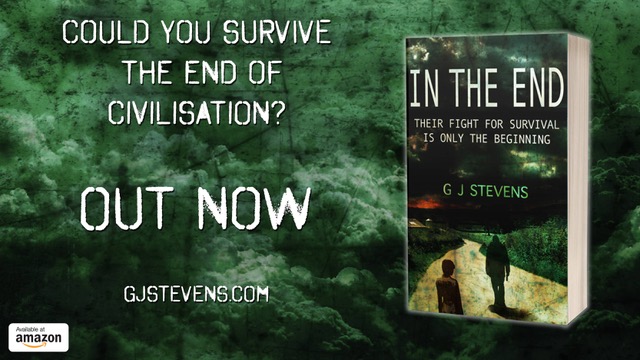 Hey, he has the same bag as me… can’t say I haven’t also thought about what items in my home I would grab. Need to check out his book.

Haha. The doomsday bag. Is there toilet paper in there? Going to check.